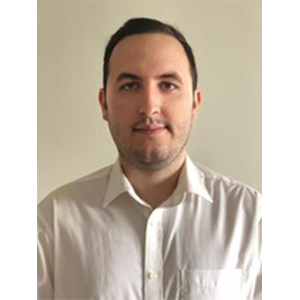 From my perspective, the Movement to Work programme suits candidates who, like me, are low on confidence and lack experience in an office-based environment.

After a rough few years, trying to get back into work was proving to be difficult and I felt caught in a vicious ‘no experience, no job’ cycle.  My motivation was low due to constant rejections and setbacks, and I even began doubting myself as a person, wondering whether I had the skills and mindset to ever work again.

Whilst browsing online, I discovered the Movement to Work programme. It was a two-week opportunity within the Office of the Chief Analyst (OCA) and the first placement in the Department of Health and Social Care.

Part of the Team

I arrived at the London DHSC building, full of butterflies as well as excitement. I met my participant manager and the rest of the OCA team and found everyone to be incredibly nice and helpful, which rapidly settled my day one nerves.

My participant manager spoke to me about the plan for the next two weeks, which included meeting a range of people from different professions, and a variety of projects such as writing a newsletter. Even at this early stage, my mood and optimism were higher than it had been for the previous year.

Over the two weeks I did a lot of admin-based tasks and completed three projects, one of which included reviewing and writing a report on the DHSC eXchange Analyst Hub. I was also able to implement the recommendations, updating the website to be more user-friendly. This developed my written communication and creativity skills, the latter of which I didn’t even know I had!

One of my key meetings was with Mathew Stubley, a former Movement to Work participant who now works as a Statistical Officer in DHSC. His main advice was talk to as many people as possible and not to be afraid to ask questions. This really helped me take a step-up during the second week and I found myself interacting with people even more than in the first week.

I’ve developed many new skills in such a short space of time at DHSC, such as prioritising tasks, organisation skills and strategic planning and I’ve learnt how to use platforms like Mailchimp.

Even though I was only here for two weeks, I have noticed a change in my mentality and would even go as far as saying it has changed my life, particularly when it comes to confidence and self-belief. I now believe that I am in a superb position to apply for roles in the Civil Service and will be doing so with no fear of regret.

From my perspective, the Movement to Work programme suits candidates who, like me, are low on confidence and lack experience in an office-based environment.

Want to be involved?

My participant manager, Katherine Ford, recommended Movement to Work as the most rewarding thing she’s been involved in since joining DHSC, as well as an invaluable line management experience.