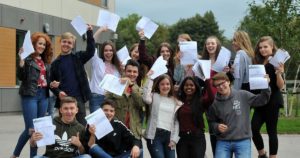 GCSE results day recently passed and with it will came stories of joy as other students go onto ‘A’ levels, apprenticeships and other opportunities. But what about those who didn’t do so well? Many will be completely disheartened and imagine a life without work or unfulfilling, low-paid roles. But it needn’t be like that, some would argue that the resilience they learnt from this early set back has set them well for the future.

It’s pretty well recognised now that some people are suited to academic education, whilst many are more practically oriented. And that’s not to do with intelligence or dedication; Lord Sugar built a business empire based on one ‘O’ level (GCSE equivalent until the 80s). And Simon Cowell has helped build the careers of stars worldwide, also based on one ‘O’ level. And there are some arguably bigger stars described below.

Movement to Work helps support young people who have been unemployed and out of education for a long period, and many of these people didn’t get on with GCSEs. This could be for any number of reasons including the way that schools teach, illness, family situations and other environmental issues. We work with employers to encourage them to provide work placements and other job opportunities, and this gives those without paper qualifications a chance to shine and have their incredible potential unlocked.

Lee Mallia, from Leeds, wants to be a physiotherapist and initially thought his lack of GCSEs and muscular dystrophy would hold him back. One of his friends worked for the NHS and told him that apprenticeships were available. This appealed to Lee because qualifications and weren’t needed by the NHS for an entry level apprenticeship.

Lee worked as a clinical support worker, helping look after patients. He tended to their general needs, helped them move around and regularly turned the patients at risk of developing pressure sores. He carried out clinical observations too, such as patients’ temperature and blood pressure, checking cannulations and blood sugar checks before mealtimes for patients who are diabetic.

Lee said: “If patients asked for help moving around, I encouraged them to be independent and to do it themselves first. I think being disabled myself helps us both.

“The best bit of the job was getting to know the patients on the ward as individuals. Depending on where you work, you look after quite a few elderly patients who often have a lot of stories to tell. I know I made a difference just by listening and getting to know them. The biggest challenge was not getting too attached to the patients. Obviously not everybody gets to go home from the ward so that can be tough, but it’s part of the job and a hospital counselling service is available if things got too much. I’ve worked on the ward a year now and still find it difficult losing someone, especially if I’ve got to know them. But I’m told it gets easier over time.” 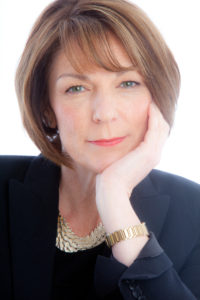 Angela owns and runs a global multi-£million diversity and inclusion consultancy, PDT Global, which enables some of the world’s largest corporations to create inclusive workplaces. Angela left school at 16 with a CSE in drama and an ‘O’ level in English literature. “I was amazed I got those,” said Angela, “I was bullied so badly that I rarely went to school.” My final school report said: “Angela produces some excellent work on the rare occasions she’s here.”

Angela was very bright but her intelligence was devoted to avoiding bullies and convincing her parents she was at school. She said she wasn’t surprised that she only passed those two exams: “Those were the only ones I turned up for,” she said. “In my family and in much of society then girls weren’t seen as ‘breadwinners’ and any old job would do, as long as they were at work. I ended up selling advertising on the phone at 16, the only female in that company doing so.”

Angela said that she felt resentful of the school system and angry with herself. She knew she could have passed all her exams had she felt able to go to school. She started a number of small businesses, including a florist and a cake-icing firm. At 19 she was running an employment agency in the City of London.

After getting married Angela stayed at home to look after her new baby. At 34 she attended an adult-learning course where she found herself presenting on how to ice a chocolate mouse. One of the other attendees stopped her, saying that she couldn’t bear to see Angela wasting her talent. The two of them ended up starting up a training company, which became PDT Global.

Angela said that self-belief is key when facing a knock-back like failing your GCSEs. “Learn anything you can that’s useful and keep moving up a gear. Recognise that you feel vulnerable but find your self-confidence in your ability to learn. Build your ambitions and with that comes resilience. Take risks and be prepared to get it wrong, for people like me and the new ‘GCSE by-passers’ we’ve not a lot to lose like dropping out of a university course or some massive job that might not suit, so in a way we have an advantage.

“Qualifications only give you ‘permission’ to get on. You have that permission anyway, millions succeed without them.” 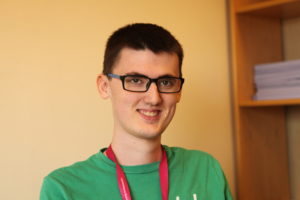 William said: “I have a learning disability and I left school with the best GCSEs result that I could and felt proud of what I achieved. I passed my BTEC in Performing Arts by playing King Lear’s good daughter Cordelia and really enjoyed it. I went on to college where I studied level 2 media, level 2 travel/tourism and life skills. I went on to do a nine-month long internship at my local council. But it was taking part in Mencap’s traineeship and then apprenticeship employment programmes which really turned my career around. It helped me learn how to write emails, develop my admin skills and improve my employability skills, like writing a CV and doing interviews, to get me ready for work.

“Most importantly, the travel support helped me build up my confidence to travel independently, which means I can now get to work all by myself. After finishing the programme, I got my first job as Apprentice Office Assistant at Mencap. Now I know that it doesn’t matter what grades you get at school, with the right support and training opportunities, like Mencap’s 3 Ships programmes, people with a learning disability can get into work. I want the government to make training opportunities like apprenticeships more accessible for people, like me, who have a learning disability. People with a learning disability make great employees, we just need to make sure there is the support in place they need to get them into work.”

What you can do!

If you’re disappointed in your GCSE results, speak to your teachers, they will have seen this situation many times before. They’ll be able to advise you on your options, whether that’s appealing your grades, resitting your exam, college, an apprenticeship, traineeship/employability scheme or something else.

Or If you have a specific career in mind, research all the possible ways you could achieve it: work experience, volunteering, apprenticeships, professional courses (which often have no entry requirements), access courses and entry-level roles are all possible routes.

If you’re not sure what you’d like to do, research different careers, jobs that sound dull at first can be fascinating once you know what they’re really like. List your strengths and try to match them up to potential careers. Speak to everyone you know. See what they suggest and what they think you would be good at.

Don’t rule out careers based on assumptions or stereotypes. Many jobs are a stepping stone to something else, even if you don’t know what that will be yet. There’s no ‘right’ way to start your career and many people find their passion whilst doing something else or by taking a more unconventional route. There are a huge number of enjoyable careers out there, and many don’t require any GCSEs at all. Go out and find them!

Missing out of the GCSE grades you wanted isn’t the end of your ambitions, but the beginning of a new plan. You have your whole life to build a career you love.