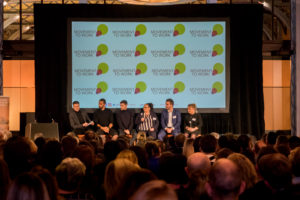 As an employer-led not-for-profit coalition, Movement to Work is uniquely positioned to connect the various strands of provision for young people not in education, employment or training with employers who are often struggling to fill their roles under the current skills shortage, a skills shortage which will only deepen with Brexit.

Many young people do not benefit from the opportunities that enable others to secure fulfilling, well-paid jobs. Disproportionately, those not benefiting from such opportunities come from ethic minority or lower socio-economic backgrounds; have disabilities or mental health issues; are refugees, ex-offenders or carers; or suffer from a range of other disadvantages. Young people in these groups often have just as much to offer employers but are not given the chance to showcase their skills. Furthermore, they may lack some of the professional sheen that counts for so much in interviews but rarely corresponds with how well someone performs a role. Movement to Work exists to break down these barriers and ensure that all young people are able to access the world of work.

This connective role that we occupy was highlighted at our Summit and Social Mobility Awards on Monday 4th February at the St. Pancras Renaissance Hotel, with representatives from over 70 businesses and organisations in attendance. Over the course of the night, we celebrated the achievements of the youth outreach organisations, mentors and employers who have collectively supported young people into work over the last year, as well as the incredible achievements of the young people themselves. As a charity, we have now seen 80,000 young people through work placements, with over 50% of those young people moving into further education, training or employment.

The evening began with our Summit, where we convened a unique and influential collective of 50 senior leaders from across the public, private and third sectors, young people who had gone through the Movement to Work programme, as well as journalists. Attendees were sat at one of four tables, each discussing a key theme within the youth employment agenda: making the skills reform accessible for all; supporting all young people into employment; looking deeper into the labour market in a climate of skills shortages; and the importance of tech skills in jobs of the future. There was some fantastic output from these discussions, including a recognition of the need to offer more L2 & L3 apprenticeships, providing a pathway for those who need it most; rectifying the unequal gender representation in STEM apprenticeships; how employers can engage with charities to access those hardest to reach; and the importance of investing in continuous tech training for existing employees. This output will inform our policy positions and how we will engage the government over 2019.

Everyone then moved downstairs to the awards ceremony, where the achievements of charities, employers, mentors and young people were celebrated. Hosted by Jake Humphrey, Rio Ferdinand and Spencer FC, the ceremony included speeches from Ivan Menezes, Chairman of Movement to Work and CEO of Diageo plc, and the Minister of State for Employment, Alok Sharma. We also received endorsement from the Secretary of State for Work and Pensions, Amber Rudd, demonstrating the wide-ranging support for our cause. Although a night of celebration, it is important to harness the momentum and goodwill from such a positive event however, and ensure that it drives effective action rather than represent the kind of self-congratulation which would not benefit young people.

Moving through 2019 then, we will continue to lobby for greater flexibility in the Apprenticeship Levy, to ensure that funding can be used most efficiently in areas where it is most needed. We will also continue to speak to government about increasing funding for youth outreach organisations, as our pilot in the West Midlands has shown that local approaches can be highly effective in supporting young people in specific areas. We will also focus more on driving greater positive outcomes for young people that pass through work placements, analysing what works well and sharing best practise – which includes keeping in contact with young people after a work placement, offering buddies to young people, and offering a guaranteed interview at the end of a placement – among our employers. This year we are also planning to target those hardest to reach, ensuring that young people from the most disadvantaged backgrounds, who’ve often overcome significant hardship, are able to benefit from fulfilling careers.