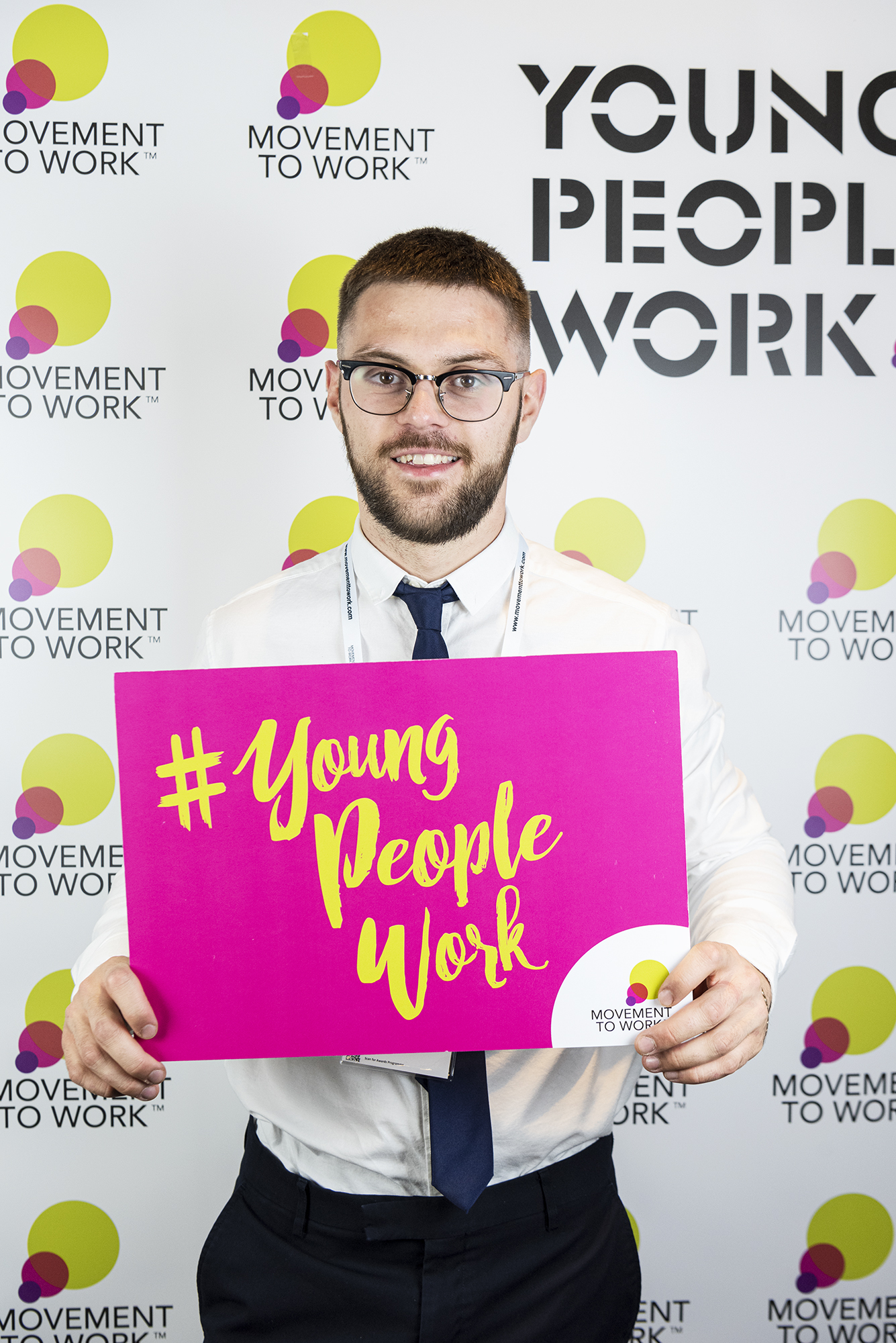 “Giving people the opportunity to unlock their potential is so important. It’s the chance for an employer to gain a great member of staff, but unlocking this potential takes nurturing and support, and without that the future doesn’t look too bright for young people. Take the chance, or miss out on hidden talent.”

Ethan Reeve from Blackpool. 21yrs old, 18 when started. Left school at 16 and did 3 years at college with no interest from employers. Young carer for Mum and Sister with disability and health issues. Third year fitting apprentice with BAE Systems.

Heard about MtW through the young careers centre. After successfully completing the taster day, all candidates were given different placements initially; Ethan was originally assigned an office role. This wasn’t what he wanted to do so BAE changed the course to something more practical. Now signed up to be a MtW & Prince’s Trust ambassador.

Transferable skills learnt on the programme helped to set them up for life in general and continues to use. i.e. organisation, time-keeping, etc. Visibility and accountability helped build confidence. Staff members at BAE gave contact details – long-lasting relationships and support to this day.

Perseverance is key. Money isn’t important, focus on building your skills first and money will come later. Look for other opportunities such as volunteering or courses to show employers that you are motivated. “You can’t expect it to come to you, you need to go out and get it.”

Giving people the opportunity to unlock their potential is so important. It’s the chance for an employer to gain a great member of staff, but unlocking this potential takes nurturing and support, and without that the future doesn’t look too bright for young people. Take the chance, or miss out in hidden talent.

Ethan Reeve is 21-years-old from Blackpool, a large town and seaside resort on the Lancashire coast in North West England. Ethan finished school and began a Level 3 Triple Diploma in Engineering at a local college, which was a lot to take on as Ethan is also a young carer. Ethan’s sister is severely disabled with health and learning difficulties, and his Mum also has health challenges. So a lot of Ethan’s life and spare time has been dedicated to helping them and doing errands to support the family. Even though Ethan says he “never really saw it as a carers’ role”, but just what it meant to be a good brother and son.

Following completing college, Ethan struggled to get a job because he lacked relevant work experience, so alongside persevering with applications, he also worked for 2-years as a fast food delivery driver. The job wasn’t right for what he really wanted to do, but he took the job to earn some money and show that he could “show up for work on time” and prove his level of commitment to an employer.

Ethan began looking for opportunities to volunteer his time to boost his employability, and in a conversation with fellow young carers, he learned about the BAE Systems Movement to Work scheme through The Prince’s Trust. Things moved quickly – he heard on a Friday, went on the taster day on Monday, and soon found out he got a place on a 4-week work experience programme with BAE Systems.

During the first week he learned all about employability training, and understanding the value of transferable skills such as perseverance, good communication, team-building, and time management. With these key skills now in place, he felt so much more confident and ready to take on the world of work.

In the second week, he was placed in an area of the business called Support Products – at first he was disappointed with where he was placed but in the end it ended up being a fantastic way to broaden his horizons and learn new things. He adds “I have to say a big thank you to all the team in Support Products who set-up a really great 2-week placement. I soon realised it wasn’t really about where I was placed, but the brilliant activities they put in place where I could really learn and hone in on my skills. They were all such great mentors and continue to be in touch which is something I really appreciate.”

In the fourth week, it was all about C.V. building and effectively communicating the hard and soft skills he had to offer a business. He adds “This was another really useful part of the work experience, but I was lucky that I also had the support of my Dad to get this right. It was during this time that I realised that I was really fortunate as most people on the course couldn’t rely on the support of their family and really needed a lot of help with this.”

After the placement, it was time to apply for what he really wanted – an apprenticeship. This time though, Ethan was boosted by all the employability training and transferable skills he had gained, and the invaluable experience of being able to talk to people who are already “doing the job” so that you know what to aim for and what to expect. Ethan adds “I’d also like to express my gratitude to Anthony Burdis from The Launch Group and Greg Plummer from The Prince’s Trust as they were a massive part of this experience and gave extra support afterwards even when this was not part of their job role.”

The moment of truth – “I still remember so clearly the day I found out I got the apprenticeship. I was actually out on a delivery job and my girlfriend was in the car. She noticed the message and told me, and when I opened it up and read ‘Congratulations’ it was such an amazing feeling. I ran down the street! I just couldn’t contain the excitement after waiting so long for this to happen. I’ve still got the video of me telling my Dad later that day, he thought it was just going to be another let down like the other applications I had made, but then I casually slipped it in that I got it.. and then the penny dropped… and he was just so happy. My Dad isn’t the sort to get emotional, but I think he shed a tear that day.”

It was this great experience that has meant that not only did Ethan get the apprenticeship he truly deserved, but he now feels committed to inspiring other young people to not give up on the job they want.

When asked “Do you have any advice for other young people who are perhaps in a similar position to you prior?” Ethan says: “Perseverance is key. Money isn’t important, focus on building your skills first and money will come later. Look for other opportunities such as volunteering or courses to show employers that you are motivated. You can’t expect it to come to you, you need to go out and get it.”

When asked “What would you say to employers to convince them to join?” Ethan says:

“Giving people the opportunity to unlock their potential is so important. It’s the chance for an employer to gain a great member of staff, but unlocking this potential takes nurturing and support, and without that the future doesn’t look too bright for young people. Take the chance, or miss out on hidden talent.”

Ethan is now in his third year of his Apprenticeship at BAE Systems, and is a Movement to Work Youth Ambassador, committed to sharing his story and helping other #YoungPeopleWork, no matter the barriers they may face.